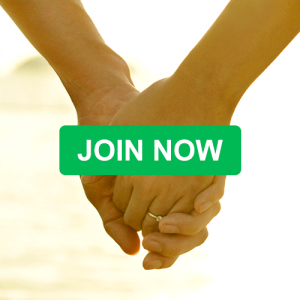 How to Break Up with Someone Kindly

Breaking up is never easy. For advice on how to break up the kind way, take a look at this article.

Where to meet people

Meeting people out and about can be daunting so we thought we’d help by giving you some suggestions where to meet people.

Can a Holiday Romance Last?

If I receive a text message during a first date, should I read it and reply?

No, it’s not polite to interrupt your date by checking your mobile phone. You can check your phone any other time, so concentrate on getting to know your date.

When Dating Does Age Make a Difference?

When dating, age is a personal preference. Some prefer to date people older than themselves, often considerably older, while others only date people much younger than themselves. There is no rule to say you must date people of the exact same age as you; it is down to each individual. Being the same age as your date doesn’t mean you will be equal in maturity. It is quite possible to date someone much older or younger than you and have a similar maturity level. When you first meet someone you don’t tend to ask their age immediately, although you can usually guess which age bracket they are in. Often you are attracted to someone before you even find out their age and it is in that instance that age may be irrelevant, which shows that you like them for who they are.

The biggest issue when dating someone greatly older or younger than you is the opinion of other people. It is easy for others to criticise when they aren’t emotionally involved. You must remember that it is you dating this person, not your friends or strangers. You may have family issues going on too which can be upsetting at times. Dating someone old enough to be your parent or young enough to be your son or daughter will often bring disapproval from family members.

What age gap is considered as being too old or too young?

It is very common to have a couple of years; up to about five years age difference between two people. When the age gap exceeds ten years, then this is when a relationship could have difficulties. If both people involved are compatible despite an age gap, then age is just a number, nothing more. Some age gaps are irrelevant, especially when the maturity level of both people involved is balanced. However, when there are ten or more years between you, then there are risks of the relationship failing. You may find you have different goals in life and issues about the future, such as when to settle down and whether and when to start a family.

If you wish to date someone who is much older or younger than yourself and feel the age gap is too big, never lie about your age in order to allow a relationship to develop. Lying about your age from the start will only cause heartache further down the line when they discover your true age. Not only will they be angry with you lying about your age, but they will be left wondering what else you have lied about, even if you have been honest about every other aspect of your life. There is no point in pretending to be someone older or younger; if your date can’t accept your true age from the start, then they are not worth wasting your emotions over.

Dating older people often brings mixed emotions. You might worry about being considerably younger and feel like you are missing out on certain areas of your life by being in a relationship with someone who has been there and done that. You may discuss the future and mention that you would like to have children one day only to find out that they have different plans. There is a possibility that they already have children and don’t wish to have any more, or they may have previously been married and don’t wish to marry again. These are big issues to accept, so you need to think carefully about whether dating this person is worth depriving yourself of your dreams and ambitions. You may have concerns about coming across as being immature in comparison to their mature nature. This isn’t to say that in every occasion dating someone older will make you feel young, as everyone is different and people don’t always act their age. On the other hand, older people have more experience with life and relationships, and therefore they are more than likely to have made any mistakes prior to meeting you.

Nowadays it is common to see older men dating younger women, often half their age. It isn’t as common, but it does happen, to see an older woman dating a younger man. It has become a regular occurrence to see celebrities dating people significantly older or younger than themselves.

Dating someone much younger than you can often bring insecurity issues. You may find yourself worrying about them running off with someone their own age or feeling like you are too old for them in particular circumstances. Being at an age where you feel ready to settle down and start a family could cause problems, especially if the person you are dating doesn’t wish to settle down for many years to come. Alternatively, you may already have children and a failed marriage and aren’t looking for that. This is when you need to be aware of your partner’s future plans. It is important that you are open with them from the beginning about not wanting, or wanting more children or to marry again.

When it comes to socialising with your date, you may have some issues. Your idea of a pleasant evening out might not be the same as your younger date. They may enjoy bars and clubs, whereas you might prefer restaurants and the theatre. This is when you need to compromise and find a balance between your preferred location and theirs. Also when it comes to meeting your date’s younger friends, you may feel a little left out. Tell your date beforehand of your worries to ensure they do all they can to make sure that the age difference won’t even be an issue.

How to have a successful relationship with a big age gap

The key to making a relationship work where there is such a big age gap is honesty and communication. Talk to each other about future plans, and if possible come up with a solution. In some cases, there may not be a solution, such as wanting children or wanting to get married. Be open with each other and either accept the differences or end the relationship before either of you waste any more time. If you have a strong bond and are committed to making the relationship work, then there is no reason why age should make a difference when dating. Dating is all about being compatible and enjoying each others company. With a strong relationship and determination, you can get through any obstacles that may come your way.